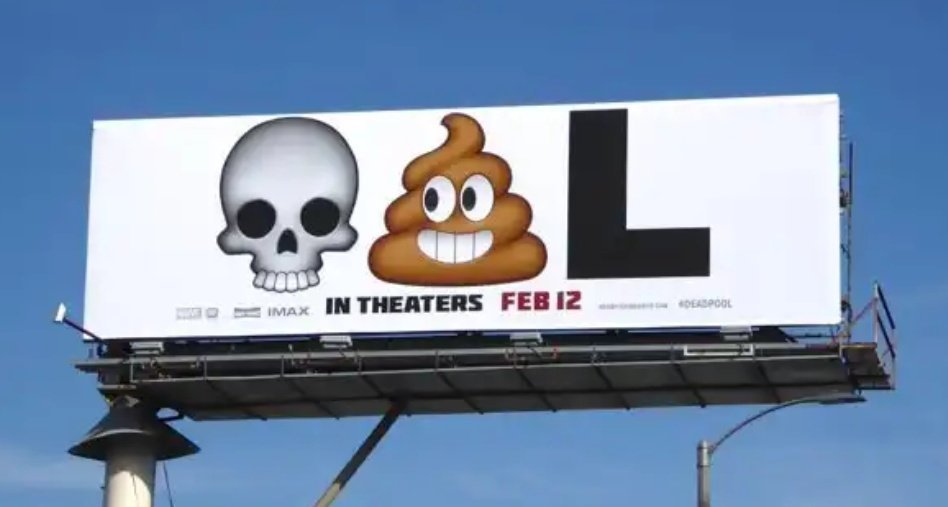 Are Twitter ads targeting you based on your emojis?

In addition to targeting ads based on gender, interests or location, Twitter allows advertisers to target users based on emojis they use in their tweets. Since 92% of us use emojis according to AdWeek, there are plenty of us to target. So far, most advertisers have used this tactic as ‘emotional state’ advertising. Advertisers tailor creative based on the emoji mood of a tweet. A lot of 🤣 and 👍 indicate you may be in a good mood, so ad content will reflect a positive message. A lot of 😡 will get you a more serious tone in content.

Last year, in addition to targeting users by interest, such as 🚗 ownership, Toyota took this type of targeting to the next level by creating 83 different ad units, each one delivered to different Twitter users, based on their emotional state. While Toyota hasn’t published the results, it’s clear other advertisers are getting on the emoji targeting bandwagon.

There are concerns that emoji-targeting could be taken too far. Since 2015, emojis can be tailored to five different skin tones as well as same-sex icons. It may lead an advertiser to target, exclude, or misinterpret an audience based on just these cues.

The other emoji path is when brands use emojis in their own campaigns. Like any creative idea that taps into current culture, this can be done well or poorly. McDonalds created an ‘emoji-only’ outdoor campaign that played well in key markets. 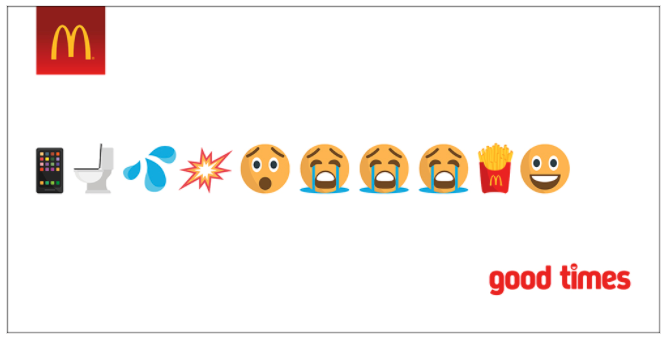 Domino’s kept it digital and created a chatbot app that allows customers to @ order with just the 🍕emoji. However Chevy took it too far when they tried to engage viewers with a rebus-like quiz. 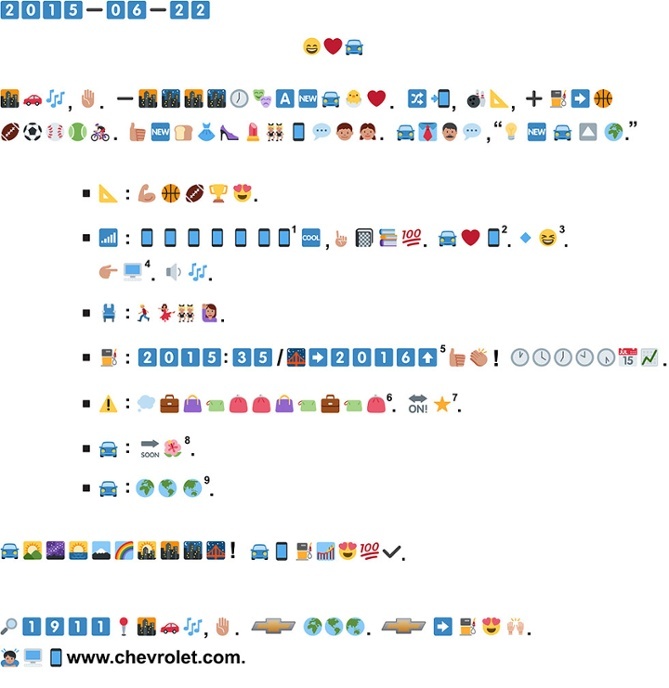 The key with emoji advertising is to begin with a light touch by testing any new strategy or technique.