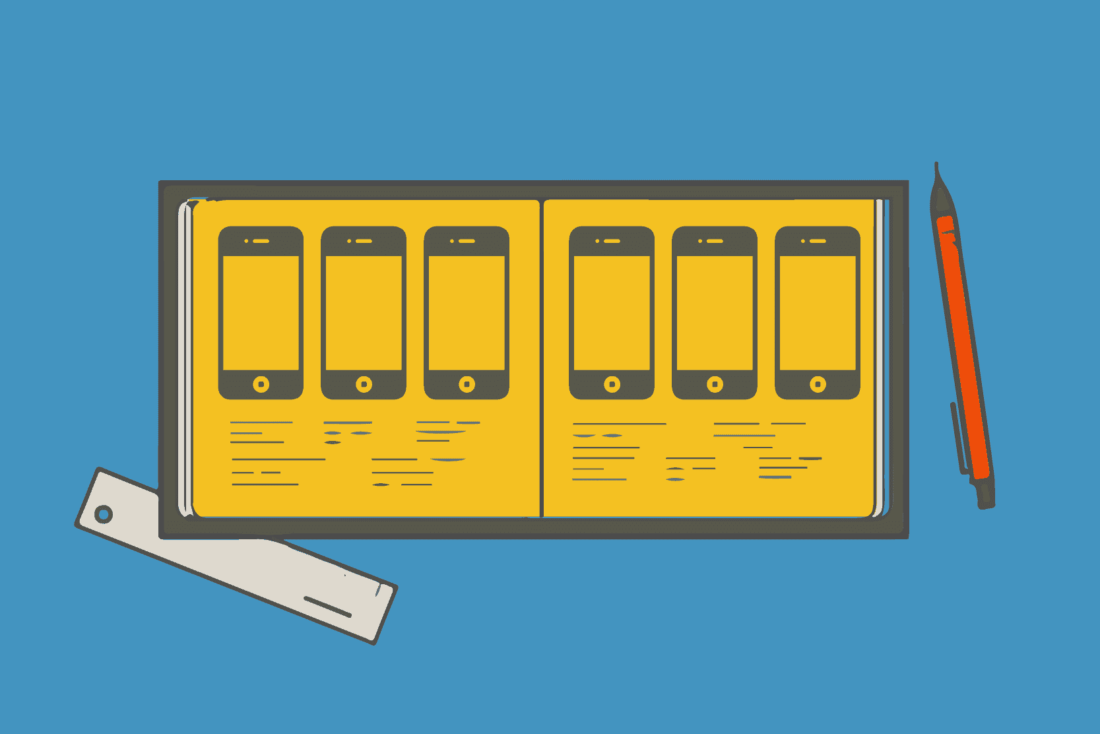 Imagine describing the way the iPhone works to a room full of people who have never used it before and want to build for it. Start with something as basic as the swipe-to-unlock feature. Tempted to draw some pictures, right? In those pictures, are you able to show the feel of the swipe? How the buttons light up when you press them? Or what happens when you put the passcode in wrong? Or, on a successful unlock, exactly how the app icons swoop in? Now imagine you are in the room, listening. Confused?

Storyboards Leave Too Much Room for Error

In the past when you, our client, wanted a website, app or interactive ad made for you, it was hard to know exactly what you were going to get. Early prototypes were complicated for creatives to communicate and confusing for you to envision—especially as technology went the way of swipe, hover and zoom. Traditionally, creatives sketched each state of an animation or interaction, adding wordy descriptions to express complex motions and ideas. “Imagine if you will, that when you press this, this other screen pops up!” This method left too much guesswork, too much filling in the gaps trying to understand what was going on between the artist’s ears. While imagination is a powerful tool for creativity, you shouldn’t have to use it in a meeting to guess what your product will look like.

Fortunately, in recent years, digital tools have emerged that take the head-scratching out of the interaction design prototyping process. Despite complicated programs early on that only the most tech-savvy designer could master, recently applications like FramerJS and the soon-to-be-released Adobe XD have become much more intuitive and learnable. Now with just a little training, a designer can be comfortable making digital prototypes for mobile and web that actually work. The benefits passed along to you are huge. Now, you are able to hold the prototype in your hand, play with it and give immediate feedback. You are able to gain a clear understanding of the designer’s vision. And most importantly, you understand what you are buying.

For interaction design, the analog storyboard is going the way of the dinosaurs, making way for a new generation of interactive storyboarding that provides much-needed clarity and saves valuable project time. That’s bad news for the pencil and great news for you and your bottom line.